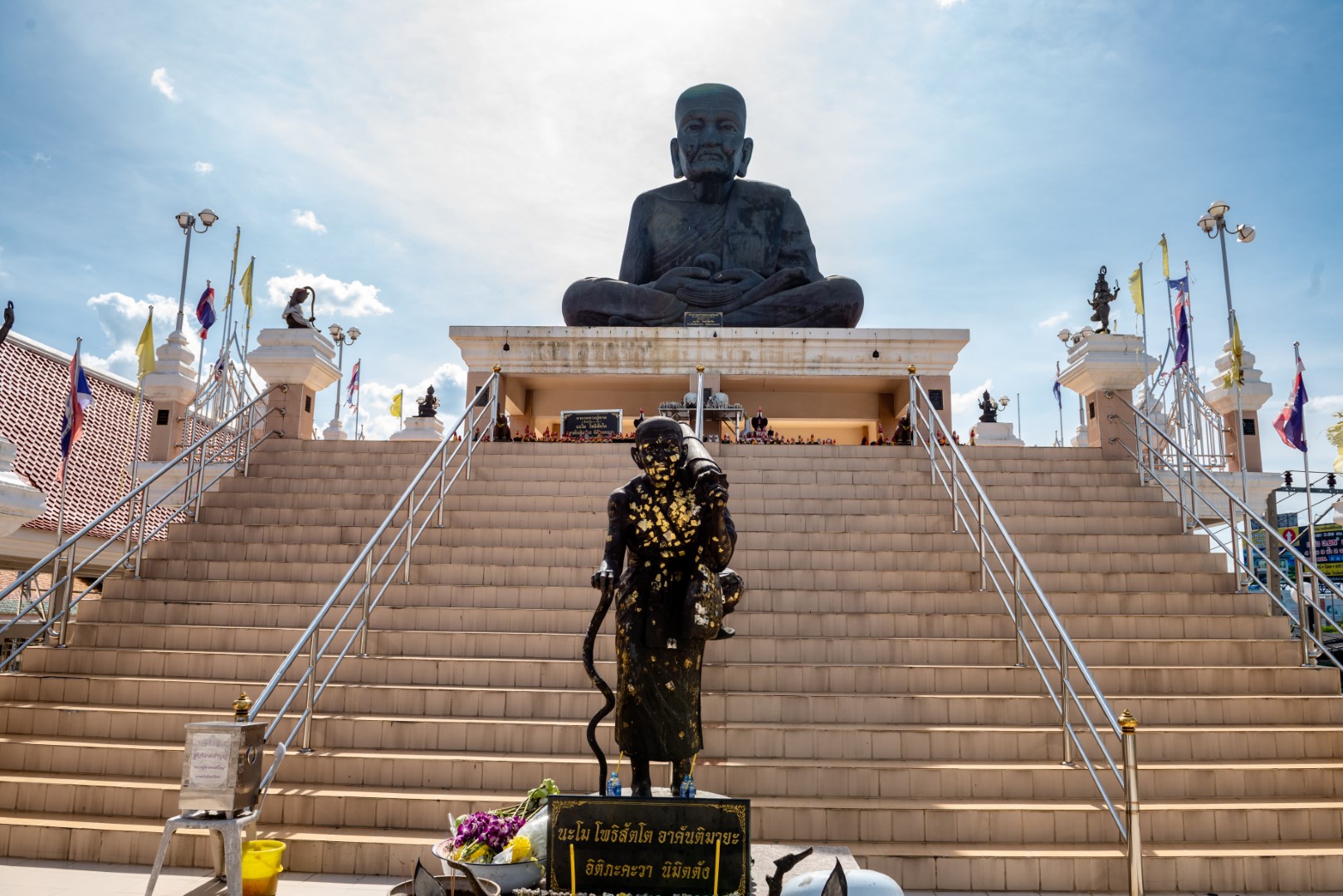 Locally known as Wat Kok, since some parts of the Temple area are mounds (or ‘kok’ in Thai), its current name “Wat Khongkha” has been given because it is located near Lad Canal and Bangyai Canal. The principle Buddha image is Luang Por Silalaeng.

As one of the most ancient Temples in Nonthaburi, Wat Khong Kha was built in 1827. It was formerly known as Wat Kok since some part of the land in the temple are mounds (which is the meaning of the word “kok”). Later, it was renamed as Wat Khong Ka since its location is close to Lad Canal and Bang Yai Canal. Inside the ubosot, the main Buddha image, Luang Pho Siladaeng, is situated. It is believed that this Buddha image was made during the period of Ayutthaya Kingdom. Apart from that, there are others images for us to pay respect to e.g. a giant Luang Pu Thuad, Katyayana, Guanyin, and a statue of King Rama V. Visitors can also release fish into the river nearby to make merit. Open every day, 08:00-16:30. For more information, please contact 0 2276 2720-1.