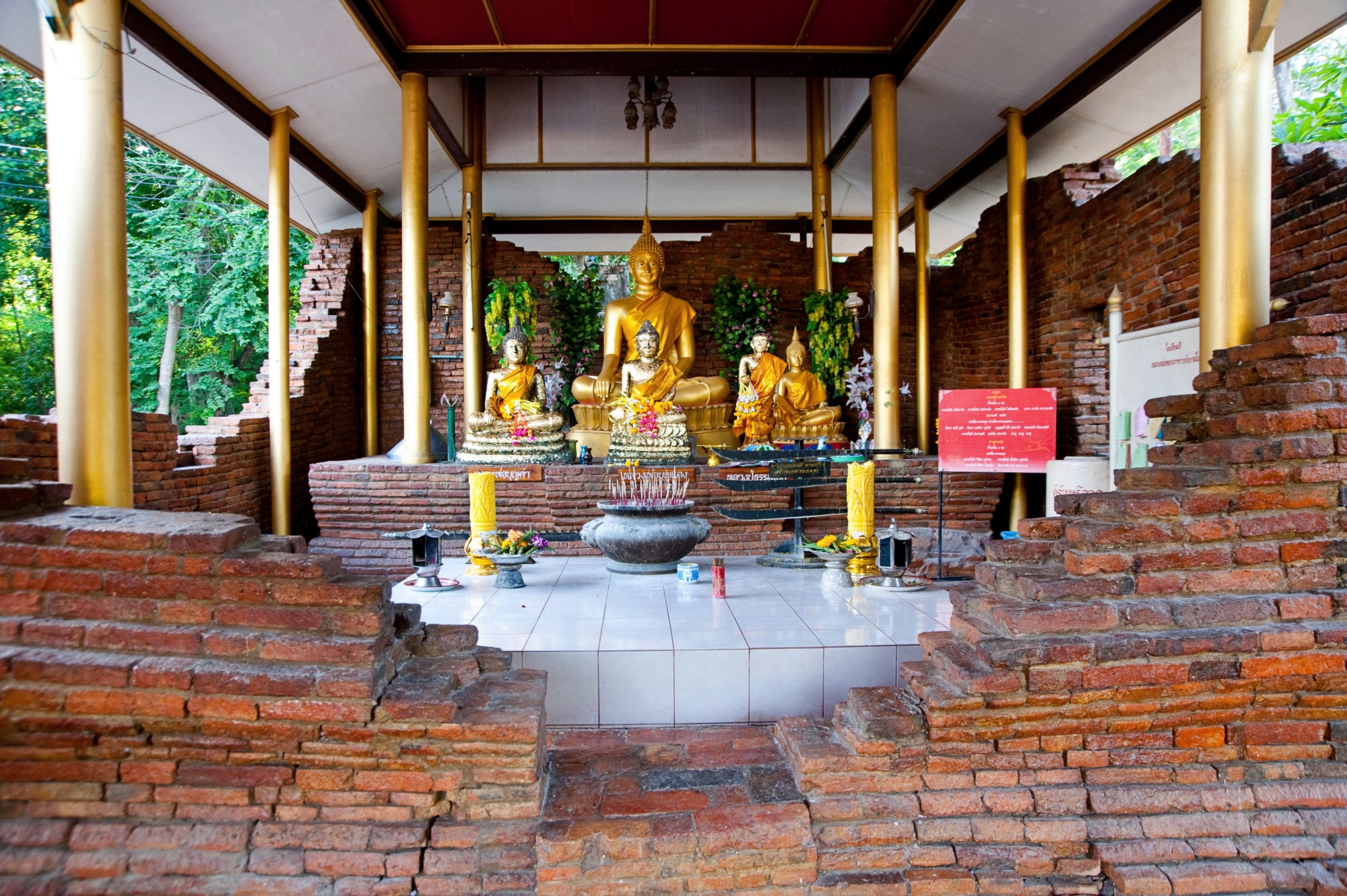 This Temple is near the Monument of Bang Rachan Heroes. It was the base where the Bang Rachan villagers resisted the Burmese attacks. A replica of the ancient fortress, identical to the original, was constructed. In a Chapel, there is the statue of Phra Achan Thammachot, who was both a monk and a leader of the Bang Rachan’s heroes.

This Temple was once the stronghold of Bang Rachan villagers who resisted invading Burmese troops in 1765. Villagers call it “Wat Mai Daeng” as there are many redwoods on the temple grounds. (Redwood is a hard wood and believed to be sacred; as a result, redwood trees are never felled.)Within the temple compound, there is also the Phra Achan Thammachotwihan, which is a sacred hall with four porches. It was named after Phra Achan Thammachot, a monk who helped lead the Bang Rachan village resistance. Next to the hall lies a pond teeming with fish. Here, fishing is prohibited as the fish are considered sacred. Nearby stands the spiritual shrine of heroes of Khai Bang Rachan. In front, there is a reconstruction of the historic Bang Rachan Camp. The Fine Arts Department registered the temple as an ancient Monument in 1955. The temple is located at Moo 8, Tambon Bang Rachan, opposite the Heroes of Khai Bang Rachan Monument, around 15 kilometres from the town of Sing Buri on Highway 3032. It is open daily from 8.00 a.m.-6.00 p.m. For more information, call 0 3659 7196. 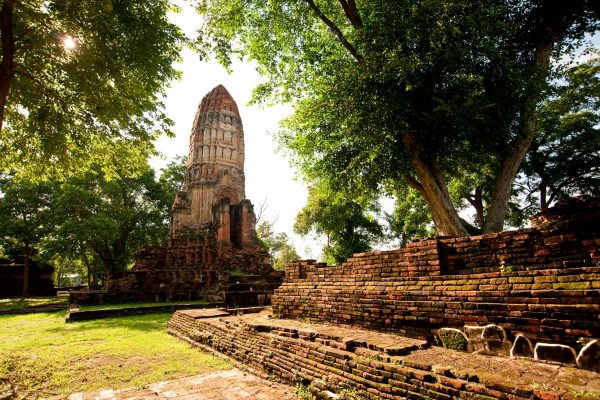 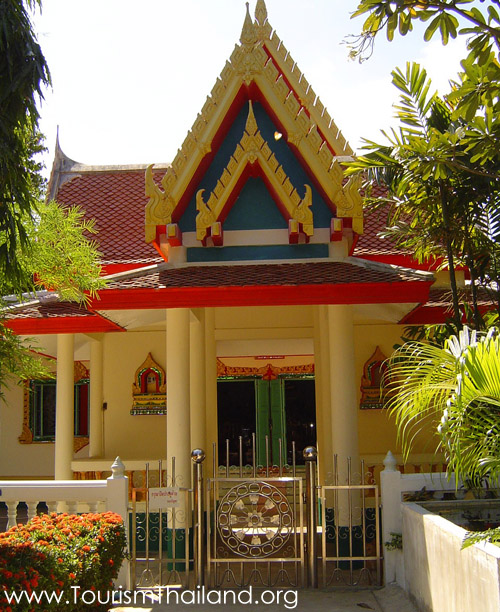